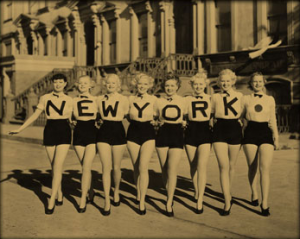 Vermouth came to America in the 1860s and was especially popular at the turn of the century and during Prohibition.


When the cocktail reigned supreme.

And for Americana vermouth, New York was the holy grail. The Manhattan was invented by a bartender in one of the old Assembly Theaters on Lower Broadway; when Prohibition ended, vermouth was the drink that New Yorker staff writers chose to celebrate with; and after 1934, more than 200 wineries dedicated to vermouth production sprung up around the country, the majority in New York state. Vermouth maintained its popularity right up until the1960s. The counter-culture revolutionaries didn’t just distrust anyone over 30 — they also didn’t want to drink their beverages. Vermouth production and importing nosedived, and it looked like the golden era of the cocktail was finally over…until now.

Cocktail culture has made a come-back, with carefully-mixed drinks offered at most fine drinking and dining establishments, and liquor-specific bars springing up across the United States. 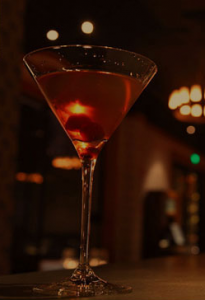 The word “mixologist” is in the popular lexicon. Any liquor store worth its salt offers an array of premium whiskeys, tequilas, gins, and rums. But even in New York — again the epicenter of the cocktail revolution — vermouth hasn’t taken its rightful place in the alcohol ecosystem.

We set out to bring vermouth home.